We use cookies to provide the services and features offered on our website, and to improve our user experience. 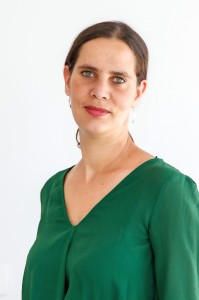 Dr Sara Sopena is a Senior Clinical Psychologist with extensive experience of working with families with children with emotional, behavioural and/or learning difficulties. She has worked both doing psychological research and clinical work in different mental health NHS settings and has contributed to the development of well known neuropsychological assessment test batteries such as the Rivermead Behavioural Memory Test – Third Edition (RBMT-3), the Behavioural Assessment of the Disexecutive Syndrome for Children (BADS-C) and to the standardisation of the new edition of the Test of Everyday Attention for Children (TEAch II).

Dr Sara Sopena is registered with the Health and Care Professionals Council (HCPC) which is the main organisational body monitoring the profession.

Dr Sopena has experience in carrying out complex assessments to help families understand the difficulties they might be facing and develop evidence base interventions to best suit their needs. She can offer general assessments of common psychological difficulties (e.g., anxiety, depression) as well as more specialist services such as diagnostic  (Autism Spectrum Disorders and Attention Deficit Hyperactivity Disorder) and cognitive/learning assessments. She is trained to offer different evidence based therapeutic approaches which are tailor made to the need of the child and family. These include Cognitive Behavioural Therapy (CBT), Narrative Therapy, Behavioural Therapy and Neurorehabilitation.

Sopena, S. (2008). Experience of communication about diagnosis and psychological adjustment in children with HIV. Challenges and Dilemmas: Psychosocial Issues for Children Growing Up with HIV. PHP. London. UK.